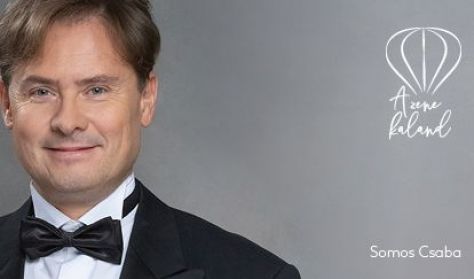 Radio-Genève commissioned Frank Martin to write his work – to be performed after the end of the global conflagration – in 1944. He later said, "I had no illusions about the peace that would follow the end of the war. Nevertheless, the absence of any illusions did not prevent me from attempting to express the profound despair and the brilliant hope for the future. […] Using the words of Christ, I deliver a plea for absolute forgiveness – like in his teachings – without which true peace is unimaginable."
The composer employs passages from the Bible to evoke the war, the liberation, the teachings of Jesus and reconciliation. Eventually he titled the piece In terra pax – Peace on Earth.
Francis Poulenc was a member of the legendary circle of 20th-century innovators Les Six. He was described by one authoritative critic as "half rascal, half monk". Gloria, which he composed in 1959/60, attests to his monastic side. The six-movement work is made so remarkable by the unique form of the search for happiness and the pure beauty it radiates. Its musical techniques are restrained, its forms are streamlined, and the soprano solo part is hope itself. "I might be able to avoid hell as a reward for this work," wrote the composer a few years later.

"I finished my Paradise and the Peri last Friday, my greatest work, and I hope also my best," wrote Schumann to a friend in 1843: "I think of heaven with a heart full of gratitude, which gave me strength and kept me alert as I worked. […] I must have told you about it, but if I haven't, try to obtain it: it was practically made for music. The whole idea is so poetic, so pure, that it filled me entirely with enthusiasm." And indeed, this work that was first performed in that same year, is a peculiar marvel of music history, an unrepeatable curiosity. Even its genre is unusual: an idyll-oratorio, practically the sole successor to Haydn's masterpiece The Seasons. It is a secular oratorio with a lyrical approach, and its subject too appears to be an everyday one: the search for happiness.
The story is based on one of the poems from Thomas Moore's 1817 collection of fairy tales Lalla Rookh, in a form similar to the storytelling of The Arabian Nights. The peri, an expelled and repentant angel, waits before the gates of heaven hoping for forgiveness. The condition for readmittance? The peri must bring the gift that is dearest to heaven. Neither the last drop of blood from a soldier fighting for his homeland nor the final breath of a woman in love is sufficient, but redemption is finally granted for the tears of sincere repentence.
Drawn to the exotic, Schumann did not choose the path of plot action to develop the story. The composer was a master at depicting psychological states, and the work recalls his songs, symphonies, choral works and even string chamber music, with the dense, yet translucent texture that is so uniquely characteristic of the artists of the Romantic period.

On the 140th anniversary of the birth of Béla Bartók, this concert will be bookended by two of the Hungarian composer's works. First come the three songs that he revised from five Slovak folk songs he had previously written for solo voice into pieces for chamber orchestra and female choir: Wedding (Svatba), Lullaby (Ukolievarka) and the Lad's Dance (Tanec mladencov).
The concert will end with Cantata profana, which also features the folklore of the Carpathian Basin and is full of the atmosphere of ballads about youths finding their way on the path to adulthood. It is no coincidence that it was during the period when he was writing this work that Bartók formulated his artistic credo in a letter: "My true guiding principle[…] is that of the ideal brotherhood of all peoples. Brotherhood in spite of all the wars and all the strife."
Bartók's two works are wonderfully suited to being played alongside the two contemporary works being performed at this concert, both of them movements from masses.
Zoltán Kovács's Credo, created in 2019 as an expansion to Missa Pannonica, which was premièred by the Hungarian National Philharmonic last year. The composer described this piece, which can also be performed independently, as "having a structure that faithfully follows the segmentation of the traditional text of the Nicene-Constantinopolitan Creed. Standing out from the three grand tableaus is the soloists' middle section, in which events such as the dramatic moments of Christ's death on the cross come to life. The music's eclectic mood is build predominantly on European traditions. There are also more distant influences: for example, the dynamic and improvisation rhetoric of African-American spirituals add additional colour to the style of expression."
Zsolt Hamar describes his composition to be performed after the intermission as follows: "My work for choir and orchestra called Offertórium is, in terms of genre, a cantata. In 2007, after it had been originally premiered in its initial version as an a cappella choral work, I wrote an orchestral accompaniment for it which was also performed by the Hungarian National Philharmonic. The current version has been thoroughly reconceived and, in many spots, revised, and I have dedicated it to the Hungarian National Philharmonic Orchestra and the Hungarian National Choir. This work written to the text of the 24th Psalm is the quiet prayer of a person yearning for the heights from the depths, and for the light from the darkness."

For the last concert in this subscription, we have assembled a bouquet of musical portraits of the saints.
Although Saint John Chrysostom, Saint Francis of Assisi and Saint Francis Xavier all lived in different periods in different parts of the world, the activities they engaged in were similar in many respects. Their common feature was disdain for luxury and their embrace of the cause of helping the poor. Just like these saints, the composers represented at the concert also pursued their various careers in very different eras and regions. Nevertheless, their faith meant that their creativity shared a common language.
It was in 1910 when the Russian Sergei Rachmaninoff crafted his unaccompanied choral work The Liturgy of Saint John Chrysostom, which fits into the liturgies of the Orthodox and Greek Catholic churches. "I had not written anything with such joy for a long time," he said.
French composer Francis Poulenc wrote his work for male choir Four Little Prayers of Saint Francis of Assisi in 1948. "All of my religious music turns its back on the style that is inspired in me by Paris and its outskirts.  This is evidence of heredity. Faith is strong in all the Poulencs," he wrote a few years earlier.
The Czech-born composer Jan Dismas Zelenka (1679–1745), who mainly worked in Dresden, came from a completely different world and was in direct contact with his contemporaries Bach, Handel and Vivaldi. His 1727 composition Litaniae Xaverianae is a massive Baroque work that holds its own when compared to other significant pieces from that era. Zelenka increases the work's sense of drama with his bold harmonic innovations. This is the first time the work is being performed in Hungary.
We will bring the legend of Saint Cecilia to life with a world première. Tamás Beischer-Matyó composed his work for mixed choir Lilium et rosa specifically for this concert based on a commission from Zoltán Kocsis-Holper. As the composer put it, "This choral work illustrates the episode in the life of Saint Cecilia when the angel revealed himself to her husband and his brother on her wedding night. The work depicts the moment of wonder when the two brothers – who previously did not believe in any kind of supernatural world – are suddenly confronted with the hitherto hidden dimensions of a different form of existence."
The end of the concert invokes the Virgin Mary. It will do so with Johann Sebastian Bach's song of thanks to the Holy Mother, his towering Magnificat. The work dates from 1723, not long after the composer assumed his post as cantor at Leipzig's Thomaskirche. It is an outstanding masterpiece of Baroque musical construction.
This concert will also serve as Zoltán Kocsis-Holper's concluding DLA doctoral concert.