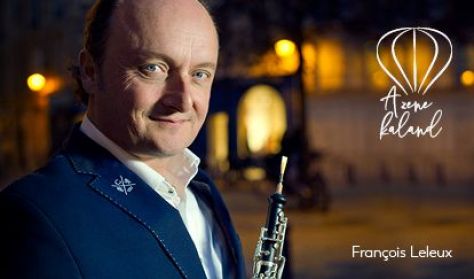 The first piece on the programme is the overture to the last opera that Gioachino Rossini ever wrote, in 1829. It quotes four important themes: the idyllic melody heard from the cello is followed by the depiction of a sudden storm, before transitioning into the pastoral song of an English horn and the drumbeats of horses galloping into battle.
The second work in the concert is by Antonio Pasculli, the "Paganini of the oboe". Playing the exceptionally difficult oboe part in his concerto will be François Leleux, who as both the conductor for the evening and the soloist will show the unmatched virtuosity, lightness and elegance that make him a worthy successor to the composer.
The second part of the concert will feature a pre-eminent masterpiece: Franz Schubert's grand and final symphony. Long mistakenly believed to have been written in 1828, it actually dates from 1825. More recent research, however, has successfully identified it as the "Gmunden-Gastein" symphony, previously believed lost. We have the composer's brother, Ferdinand Schubert, to thank for the revival of this Sleeping Beauty of a work that was never performed during its creator's lifetime: it was he who showed it to Robert Schumann during his visit to Vienna in 1838/39, and the German composer published it in 1840. This treasure emerging from obscurity also piqued the interest of Felix Mendelssohn-Bartholdy, who gave it its première in 1839. Schumann had these words of praise for the piece: "All must recognize that it reveals to us something more than beautiful song, mere joy and sorrow, such as music has always expressed in a hundred ways; it leads us into regions which — to our best recollection — we had never before explored."

The passionate expression of Cherubini's 1793 opéra comique Médeé is tempered by classical structures. Haydn and Beethoven received Cherubini's 1806 operas (Lodoïska, Faniska), with great enthusiasm. Beethoven considered him to be the leading composer of dramatic works of his era. The undeservedly forgotten master's works only returned to the opera stages of the world thanks to the revelatory portrayal of Médée by Maria Callas.
In the 1940s, András Mihály and his string quartet considered their chief task to be introducing audiences to the music of Bartók and the Viennese School. He served as the Hungarian State Opera's principal cello from 1946 until 1948. It was with this musical background and sure-footed understanding of the instrument that he wrote his Cello Concerto, the signature piece of his oeuvre in 1953, for which he received the Kossuth Prize in 1955. Next to the tempo markings for the movements, the composer also indicates their genre: Poem, Ballad, Capriccio. The soloist for the evening, the all-knowing master of the instrument Miklós Perényi, already recorded the work when he was 24 years old.
Robert Schumann wrote his Symphony No. 2 in 1845/46, during a time of crisis in his life. Its contrapuntal structure can be explained by his understanding of the music of his great predecessor Bach, which he was studying around this period. The first movement is built around dotted rhythm and a rising main theme. Wedged into the playfully starting perpetuum mobile-like second movement are two trios, which bring an end to the introductory music through a demonic transformation. The third movement is one of the most shocking lyrical confessions in the Romantic symphonic literature. The work concludes with a fourth movement that is cheerful in tone.

Tchaikovsky originally intended to dedicate his work from 1874/75 to his friend Nikolai Rubinstein. However, the pianist, composer and conductor only received withering criticism for the piece, and so the dedication went to the student of Franz Liszt and the first husband of his daughter Cosima, Hans von Bülow who premièred it in Boston in 1875. The piano concerto took on the form that the composer considered final in 1888. Key to the first movement are Romantic pathos and passion, while the slow movement fits a diabolical scherzo into the sensual romance of its middle section. The main theme of the finalé was inspired by a Ukrainian folk melody. The Allegro con fuoco, which requires exceptional instrumental skill from the pianist, culminates in a wild coda. The soloist for the evening, the Hungarian-American pianist Peter Klimo, took third place at the 2019 Bartók World Competition and a special prize from the Hungarian National Philhamonic.
Thanks to his enthusiastic disciple Axel Carpelan, the spiritual godfather of Finlandia, Sibelius started to compose his Symphony No. 2 in 1901 during an Italian sojourn in Rapallo, finishing it after he returned home. Its world première took place on 8 March the following year. In light of its great success, it had to be repeated three more times: on the 10th, 14th and 16th of March. After many changes, it was played in its final form for the first time in 1903 in Stockholm, again to resounding acclaim. To this day, it remains Sibelius's most popular symphony, with a hymn-like coda that, for Finns, symbolises their liberation from Russian oppression. With the presence of Henrik Nánási, the orchestra will be playing under the leadership of one of the outstanding conductors of our era, who as music director of Berlin's Komische Oper twice won his ensemble the title "Opera House of the Year".

Carl Philipp Emanuel Bach succeeded his godfather, Georg Philipp Telemann, in his post in Hamburg in 1768. Owing to the decades he spent in the court of Frederick the Great, he was considered one of the best known composers of his era. The work being performed at the concert is the first of the four symphonies he composed in 1775 and 1776: Friedrich Nicolai wrote in the Allgemeine deutsche Bibliothek that these works "were the kind of gifts that only Bach could give us."
The "Military" symphony is one of Haydn's final dozen "London" symphonies. Following the introductory Adagio, which is gloomy in some respects, come the themes of the quick main section. Although these are cheerful in tone, the dark shadows return again and again. The middle section of the Allegretto is typical Janissary music. The Menuetto (Moderato) was conceived in the spirit of Austrian folk dance. In the Presto finale, Haydn again turns to "Turkish-style" sounds as a source of influence
Mozart married Constanze Weber in August 1782. The composer vowed to commemorate the event with a thanksgiving mass. He planned to première the work in Salzburg. The only parts of the composition that were performed in the autumn of 1783 were the Kyrie, Gloria and the Sanctus. Later on, additional parts were completed, but not all of the liturgical text would be set to music. Even as a fragment, the amazing work clearly reveals the influence of the style of Bach and Handel as relayed through Baron Gottfried van Swieten. The Qui tollis, the most dramatic movement in this mass conceived in the spirit of the "stile antico", evokes the chromatically descending ostinato of the Baroque passacaglia, forming a perfect unity with the pained melody, likewise chromatic, of the chorus. The conductor for the evening will be Konrad Junghänel, known as a specialist of – especially German and Italian – Renaissance and Baroque music.