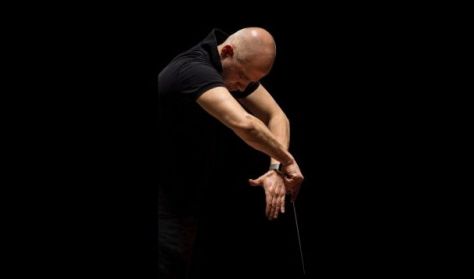 There are operas that are coolly received by the audience at the premiere, and only slowly make their way to success. The fate of the troubadour was not like this: the premiere in Rome's Teatro Apollo on January 19, 1853 marked the beginning of the triumphant march of the work that has become legendary.

Il trovatore is often condemned for its tangled plot. The story of Baroque operas itself is, however, woven from hard-to-unravel threads. This legacy still haunted Verdi in the 1850s. More important are the sense of excitement, the romance and the passion that give the work its magic, and the many popular arias that make Il trovatore a favorite with opera fans. The irresistible appeal of this production by the Hungarian National Philharmonic comes from its great cast, which includes international singers as well, and a conductor who speaks Verdi’s music as his mother tongue: Carlo Montanaro.

Hovhannes Ayvazyan, the Armenian tenor appearing as Manrico, has achieved significant success in Vienna, Toronto, Geneva and Dublin – and has also portrayed the main protagonist in Il trovatore. Selena Zanetti, the Italian soprano taking the role of Leonora, is at home in the styles of opera composers ranging from Mozart and Verdi to Menotti, Puccini, Smetana and Wolf-Ferrari. Appearing in the role of Count di Luna is the outstanding Romanian baritone Serban Vasile, who played the lead role in the Riccardo Muti Italian Opera Academy’s production of Nabucco in December 2021. Ildikó Komlósi has starred on international opera stages ever since her victory in the 1986 Pavarotti Voice Competition. István Gáspár, Gabriella Szalai-Illés, László Kálmán, Dániel Kelemen and Sándor Boros are artists of the Hungarian National Choir, but will on this occasion demonstrate their abilities in dramatic roles as soloists. Carlo Montanaro’s passionate and highly expressive performances have made him a favourite of the Budapest audience in recent years.

Schumann, Mahler and Brahms: three markedly different personal styles of German Romanticism and the turn of the 20th century.

Beethoven’s symphonies are perhaps the most played pieces in the entire symphonic repertoire. The next Musicmania series will present only…