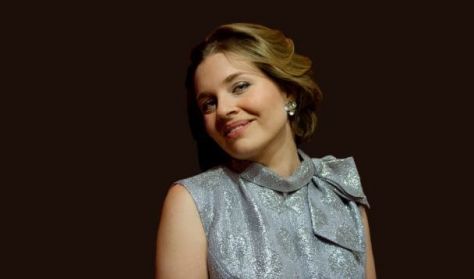 This concert features two Czech rarities bookending a large-scale Austrian work that is itself likewise an infrequent guest at concert halls.

Dvořák, Bruckner, Janáček – creative artists from the turn of the 20th century. One symphonic piece permeated with love of homeland and two works of church music. Thix concert provides an opportunity for the Hungarian National Philharmonic Orchestra to take the stage alongside the Hungarian National Choir, and conductor János Kovács is not only at home in any genre, but is a particularly skilled interpreter of vocal music thanks to his vast operatic experience.

The subject of František Ferdinand’s play Šamberk is the Czech dramatist Josef Kajetán Tyl, who penned the words to the country’s national anthem. Dvořák wrote the incidental music for it in 1881/82 – of which the My Homeland overture comprises a part. Although Wagner’s disciple Anton Bruckner was a composer of symphonies, he also composed liturgical works, the most successful of which was his Te Deum (from 1885). With its unique sound and harmonic world, Janáček’s Glagolitic (Old Slavic) Mass from 1926 is considered an apotheosis of the idea of Pan-Slavism.

Polina Pasztircsák, Atala Schöck, Attila Fekete and István Kovács are top singers who are highly acclaimed both in Hungary and abroad, and who often perform on the concert stage in addition to their operatic triumphs. Born in 1951, János Kovács is one of the most frequently engaged conductors in Hungary. He studied at Budapest’s Liszt Academy under András Kórodi. He has long been connected to both the Hungarian State Opera and the Hungarian Radio Symphony Orchestra in many ways. His collaboration with the Hungarian National Philharmonic has also been a fruitful one for many decades.

Making up the programme for this concert by the Hungarian National Philharmonic will be Polish and Czech masterpieces, compositions from…

On this evening, almost everything and everyone is Italian.