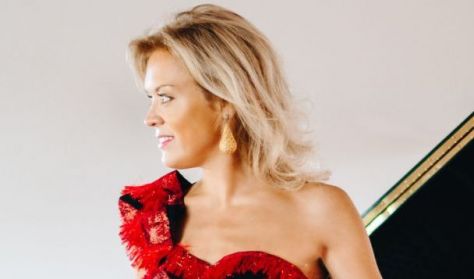 The Hungarian National Philharmonic Orchestra will pay tribute to the memory of its former artistic director Zoltán Kocsis by performing works from the kind of composers whose modes of expression shared an affinity with that of the great pianist and conductor.  more

Liszt and Rachmaninov are certainly of that ilk – we will even hear a composition from Liszt that Kocsis himself arranged for the orchestra. Given that Zoltán Kocsis was a supporter of youthful musicians, it should come as no surprise that this memorial concert will be conducted by the emerging young talent Martin Rajna. The soloist Olga Kern has previously appeared as a special guest of the Hungarian National Philharmonic Orchestra.

Liszt’s Ave Maria is a piano piece that was also a part of Kocsis’s repertoire, which is perhaps how the latter had the idea of arranging the piece for the orchestra. Rachmaninov’s symphonic poem The Isle of the Dead was inspired by a painting by Arnold Böcklin after the composer viewed a black-and-white photograph of Böcklin’s work. When Rachmaninov saw the coloured version, however, he disappointedly commented that “If I had seen the original first, I could hardly have composed my piece. I prefer the black-and-white one.” The melody of the Gregorian chant Dies irae plays an important role in The Isle of the Dead, and also forms the basis for the next work in the programme, Liszt’s Dance of Death. In fact, in the composition written for piano and orchestra that follows after the interval, Rachmaninov’s Rhapsody on a Theme of Paganini, we will hear a final reference to this medieval melody that evokes the Last Judgement and which was so loved by Romantic composers. The Bells of the Strasbourg Cathedral, the oratorical work from Liszt that completes the show, was composed based on the texts of the poet Henry Wadsworth Longfellow. It is a rarely performed piece that presents the struggle between Good and Evil.

Martin Rajna’s career has been making great strides both in Hungary and further afield. Olga Kern is a piano virtuoso of Russian origin who resides in America and was the 2001 winner of the Van Cliburn International Piano Competition.

Beethoven’s symphonies are perhaps the most played pieces in the entire symphonic repertoire. The next Musicmania series will present only…